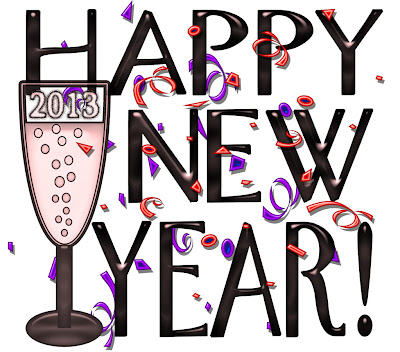 This is my 100th post to this blog. I wish all my readers a happy and above all healthy New Year!
Posted on Monday, December 31, 2012 5 comments

26 December - So that was Christmas

I hope that you all had a very good Christmas.

Christmas here unfortunately did not go quite according to plan. A couple of days previously I had a severe pain from the region just below the middle of my back and I could not find any position where I couldn't feel it. It did eventually ease off though.

On Christmas Eve the pain returned. In the morning I felt nauseous and vomited a few times. We were concerned enough to call the doctors' surgery for advice, and they were concerned enough for a doctor to come out and take a look at me to see if I should be admitted to hospital as an emergency. By then the pain had eased again and I was no longer feeling sick, so I didn't have to go to hospital, but I have to have a blood test on Thursday, the first working day after the Christmas break.

I haven't felt much like Christmas fare, so I have been existing on easily digested foods like porridge for breakfast and mashed potato with bouillion for dinner. Hopefully I'll get back to eating normally again soon.
Posted on Wednesday, December 26, 2012 8 comments

3 December - Getting back to normal

Today marks a milestone in my recovery as Olga and I returned from a long weekend in Manchester. It was the first time I had been away since discovering I have a brain tumour.

I felt fine and managed quite a lot of walking - without my stick. I had one nasty moment though when I was ascending the steps between the rows of seats in the RNCM concert hall. There was no stair rail and the seat backs were too low to use for support and I had a sudden attack of vertigo and thought I was going to fall over. Olga quickly realised what was happening and grabbed my arm for support. Thereafter I ensured that I clung to the rail when negotiating stairs - though I'm sure there are places where that just isn't possible.

Apart from that little incident I was fine. It was good to do once again the kind of thing we did in normal life.
Posted on Tuesday, December 04, 2012 9 comments